The BFI are on the hunt for many LOST films and one of them is a HITCHCOCK! The film in question? “The Mountain Eagle” (1926) and it was Hitchcock’s second silent film, shot in Germany. Rumor has it that Hitchcock may have destroyed the prints himself! Let’s hope it survives – somewhere! Please, check your barns, basements and/or attics. You could be living with cinematic gold! Direct link to the original story, reproduced below, is highlighted at the top. I’ve also included an additional scene still from the film. Creepy…Well of course it is! After all, it’s a HITCHCOCK! 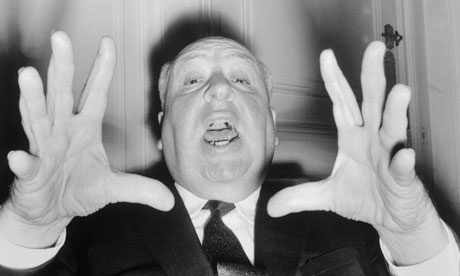 Britain is lucky that so much of our film heritage is intact. The BFI National Archive has been preserving British cinema since 1935 and no major works by our most respected directors have gone astray since then. While this means we have an excellent overview of the high and low points of our national cinema, there are still gaps in our knowledge and in the Archive’s collection which we would like to fill.

In this, the Archive’s anniversary year, our list of 75 ‘Most Wanted’ films has been produced to highlight some of the titles not in our vaults which we would love to find. It is not exhaustive and there remain many other British films which we would like to preserve and make available to the nation, both on the big screen and through our digital outlets. Some titles are more ‘missing’ than others; for some we might hold fragments or incomplete material, for others blurred video copies may be in circulation but, for all of them, no complete original film source is held in the Archive.

From silent Hitchcock to ’60s pop, all these British films tell us something about the industry and help chart the careers of the personnel who worked on them. While there may not be any ‘lost classics’ on the list and some may not even have been well received on release, each could reveal something about cinemagoing and society in the era they were produced and, as such, would contribute to our understanding of the role that film plays in our lives.

Some titles here were included in our last film hunt, 1992’s Missing Believed Lost, and have still not surfaced, while others are new additions to the list. That project was a success and led to 14 previously unknown titles coming to the Archive and BFI Southbank will be screening some of these throughout July and August. Some of the highlights include the Walter Forde comedies Lord Babs and Bed and Breakfast and Conrad Veidt’s first British role in Bella Donna. 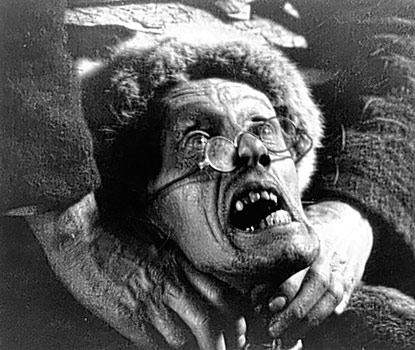 The new list spans 70 years, from 1913 to 1983, and covers all types and genres of fiction film. Each entry has been researched by staff at the Archive and National Library and includes detailed information, along with images and pressbooks from our collections, where available. The hope is that the site will form a useful resource and an alternative view of British film history – as well as a call to arms for the public to check attics and cellars for cans of film!

If you think you know the whereabouts of any of these films, or have any other film material which you think might be of interest to the BFI National Archive, please contact fictioncurators@bfi.org.uk or telephone 020 7255 1444.