I’m thrilled to announce the imminent release of Hell Harbor on DVD, in not one but TWO versions! The link for pre ordering is below the DVD cover image on this page. I only hope this is the start of more Lupe Velez movies being released on DVD. Most of her films exist in some form via private collectors, however, commercial releases are LONG overdue!

I’ve seen Hell Harbor. It’s a gritty, entertaining pre-code film. Lupe is very good in it. Well done to VCI Entertainment for getting this one out.

Let this be the beginning of a Lupe-thon! 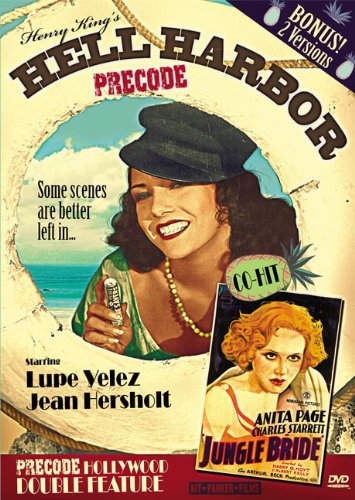